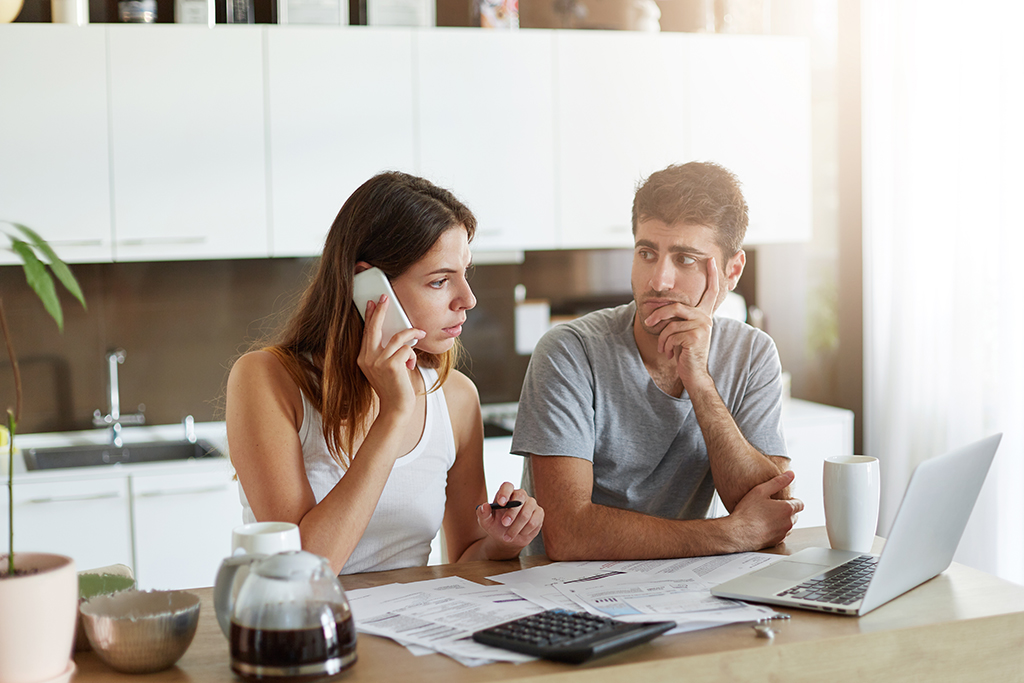 Photo By WAYHOME studio at Shutterstock

When you become a homeowner, there are several things that you need to be aware of in your new dwelling. One of the most important things is the multiple systems that you have in your St. Petersburg, FL home and how to take care of them, which can seem a daunting task at first.

However, did you know that your home will often tell you that you have a problem with your plumbing before a problem becomes visible? If you know what to look for, you can often catch the signs of a plumbing problem early, allowing you to call for a plumbing service long before you have a serious issue on your hands. Here’s what you should watch for and why!

One slow drain isn’t necessarily a sign that you have a plumbing problem, as you could simply have had a buildup of hair, soap and other particles in that one shower or sink drain. But if the majority of your sink and shower drains are slow-flowing or even stopped, that’s a sure sign that there’s a blockage further down in the system.

When something like this occurs, resist the temptation to fight it yourself with a corrosive liquid cleaner. These products can do long-term damage to your pipes, and if they don’t clear the clog, they can make the area a biohazard. Instead, use a drain snake to see if the issue is something simple. If a drain snake doesn’t fix the issue, call for a plumbing service immediately.

If your ceiling looks a little bit off-color, such as if it has a brown spot on it, you don’t have much time to wonder about it. You need to call for a plumbing service right away, because a brown spot on the ceiling means that you’ve got a leak above you that’s building up every minute. Once you notice a discolored ceiling, you usually don’t have a lot of time before the pipe gives way and causes a hole in the ceiling, so don’t wait around when you see something like this. The second that something looks unusual with the ceiling’s color, call for help from a qualified, trustworthy plumber.

Noises In Your Pipes

In most cases, your pipes aren’t going to make much noise. Ideally, your pipes should be rather quiet, with only the occasional sound of rushing water. But if you hear a gurgling sound, it’s likely that you’ve got a problem with the ventilation of your pipes and there’s a good chance of a blockage. You might also hear a rattling sound in your pipes, which can happen if water suddenly changes direction inside your pipes.

In either case, this is a sign that you probably have a blockage in your pipes that’s leading your water away from where it’s supposed to go. Before things get out of hand, you need to call for a plumbing service to take a look at your pipes and make sure that you don’t have a hidden blockage. If there is something wrong, it’s only a matter of time before a pipe leaks, breaks or bursts, so time is of the essence here.

Your drain is not supposed to give off any kind of smell, so if something doesn’t smell right when you walk past the sink, there’s a chance that you’ve got a problem with your pipes. If the smell is coming from the kitchen sink, one of the first things you should try is running the garbage disposal, as it’s possible that something has recently gone down the sink and just needs to be properly chopped up so that it can go down the drain.

But if that doesn’t fix it, or the problem isn’t in the kitchen, it’s time for you to call for a plumbing service to visit your home. When you have a foul smell coming from your drains, that means there’s probably something stuck in the pipes that’s being stubborn about actually going down. This isn’t something that you want to wait to fix, as every flush only makes the issue worse. Instead, call for a plumbing service to visit before the clog has a chance to get even bigger.

In the right room, peeling paint can actually be a sign of problems with your pipes. Paint can peel for a wide variety of reasons, but one of the more overlooked reasons is an issue with a leak in your walls. If your paint starts to peel in only one spot in a room, there’s a good chance that you’ve got a problem behind the wall in that one spot. Before you paint over it, it’s a good idea to have a plumbing service take a look at the situation and diagnose whether you’ve got an issue with a leaking pipe.

Unless you had a major change in your life, such as someone moving into your home or a massive pool party, higher than usual water bills are almost always a sign that you’ve got a leaking pipe somewhere. That’s because even a small drip under the sink can waste multiple gallons of water a day, which can really add up over the course of a year. In fact, 10 percent of all homes in the United States waste up to 90 gallons of water every day!

If you see a rise in your water bills at your home, the most likely culprit is a leak in your pipes. Even if you did have a major event, it’s still a good idea to call for a plumbing service and confirm your pipes are OK.

At Drain Flo Plumbing, we’re happy to help solve all plumbing problems as soon as you become aware of them. When something seems off at your St. Petersburg, FL home, just call for our plumbing service; we’ll be happy to provide a quality repair!